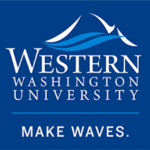 CSDE’s northern, neighboring undergraduate demographic training program at Western Washington University has renamed its lab to the Tedrow Lab for Demographic and Social Research.  The Center for Social Science Instruction/Demographic Research Laboratory was directed by Lucky Tedrow between 1977 – 2018.  Under Tedrow’s leadership, the lab was responsible for launching the careers of many demographic scholars with important contributions to the field. CSDE Affiliate Matt Hall (Cornell) and former PAA President Doug Massey are among the famous alums.  Upon Tedrow’s retirement, the Department voted to rename the lab in honor of his important contributions to the Department of Sociology at WWU.  Director Tedrow mentored hundreds of students in population data analysis, statistical computing, and demographic research.  He was the Principal Investigator on multiple grants funded by the National Science Foundation and the National Institutes of Health.  His research on fertility, the military, divorce and family change, and demographic forecasting was published as dozens of journal articles, book chapters, and a co-authored book.  Director Tedrow established the largest endowed scholarship in the history of the Sociology Department.  This scholarship provides funding each year for demography students, creating a legacy that supports future generations of demographers.  In 2022, this scholarship was renamed as the “Lucky Tedrow Demography Scholarship” to celebrate Director Tedrow’s accomplishments.

Douglas Massey writes fondly about the announcement: “I am thrilled to learn that the scholarship fund of the  Demographic Research Laboratory has been named for the DRL’s founding director and longtime steward of its scholarship fund, Lucky Tedrow.  During his four decades at the helm of the DRL, Lucky did so much to introduce the field of demography to generations of students. He not only instructed and mentored countless Western students in the rigorous compilation and analysis of demographic data, but through his many successful grant applications to the National Science Foundation’s Program on Research Experiences for Undergraduates, he organized and led a succession of Summer Workshops that provided training and hands-on research experience to dozens of trainees from colleges and universities through the nation.  As a result of his many years of dedication and leadership at the DRL, Lucky helped to launch many of us into productive careers doing demographic research for employers in business, government, nonprofits, and academia. We all owe him a great debt of gratitude.”