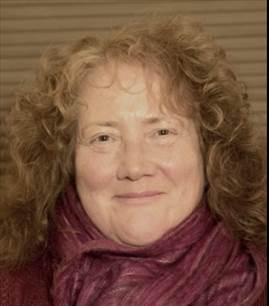 April Greek studies socioeconomics and race/ethnic disparities in health and mortality, child health and development, and demography of aging. She has participated in a study to collect primary data on the environmental and behavioral factors shaping male circumcision decisions in Zimbabwe (MC Study). The quantitative survey phase launched in 2010 and continued through December 2011. This study obtained one-time, in-person interviews from 7,460 persons in clinic-, school- and community-based settings from two urban and two rural areas in Zimbabwe. In addition, the 24-month follow-up interview phase of the Family Health Study (FHS) was completed in July 2011. The FHS is a randomized control phase II comparative effectiveness trial that introduced a modified version of the Project TALC intervention to provide psychosocial support to HIV positive parents and their adolescent children. Greek, Kasprzyk and Montano provided four oral presentations from these data at the September 2011 AIDS IMPACT meetings. Results showed intervention effects with improvements in communication and psychosocial outcomes for both parents and adolescents. Greek has also participated in two CDC projects that examine the prevalence and distribution of the human papilloma virus (HPV) and its genotypes in the US. One project involved a pilot study designed to monitor the impact of the HPV vaccine on HPV types in cervical and other HPV-associated cancers. This project (a) developed the infrastructure for the systematic monitoring of HPV genotypes and (b) used this infrastructure to conduct a pilot study on HPV genotyping with data from seven participating population-based cancer registries. These HPV data were transmitted to CDC in June 2011 and will serve as a baseline for future comparisons with post-HPV vaccine data. Data collection was also recently completed for another ongoing CDC project (Cx3 Study) that will provide HPV genotyping data on a group of over 2,200 low income women. Finally, along with her colleague Janet Bobo, Greek has conducted research to examine the trajectories and correlates of alcohol consumption among men and women over age 50 in the US. This study applies longitudinal data from the 1995-2008 Health and Retirement Study (HRS) and from the 1995-2003 Mature and Young Women National Longitudinal Survey cohorts to provide some of the first population-based estimates of alcohol trajectories for older Americans.