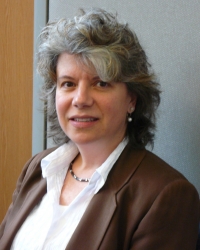 Julie Brines’s research interests include gender stratification, family and household dynamics, parental issues, and labor markets and employment. She conducts research on patterns of resource allocation and work (both paid and unpaid) in families, and their consequences for family stability and members’ well being. One paper currently under review (2nd R&R at American Sociological Review) uses NSFH data to test the relationship between gender differentiation in the division of housework and the frequency of sex in marriage; this paper (co-authored with Sabino Kornrich and Katrina Leupp, both recent CSDE graduate fellows) shows that compared to those with an egalitarian division of labor, gender-traditional couples have more frequent sex and report greater satisfaction with their relationships. Another paper with Leupp and Kornrich examines trends in dual-earner couples’ reliance on nonstandard employment schedules (especially evening and nightshift employment) and shows how this reliance has become increasingly conditioned on educational attainment; this paper is slated for submission to the journal Demography. Brines’s most recent research makes use of ideas from sociology, the economics of the family, and behavioral economics to analyze the effects of changes in local labor and housing markets immediately before and during the Great Recession on county-level rates of filing for divorce. With her collaborator Brain Serafini (another CSDE fellow), she has modeled rates of marital disruption between January 2000 -2010 using data from the Washington State courts to see how recession-driven changes in the environment affect marital stability. One paper from this project shows that unemployment increases filing rates, whereas falling housing prices depress filings, but both of these effects occur only during recessionary periods. These and other findings suggest offsetting effects of local market erosion that impact households differently depending on their income and asset positions. A second paper compares the impact of recession-linked change in unemployment, job-sector composition and wage rates, and housing prices on marital stability among couples with children vs. those without children at home.