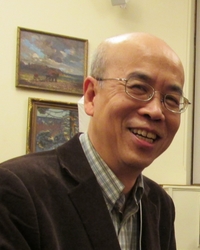 Kam Wing Chan’s research is broadly oriented, and he has focused on urbanization in China since 1949. He has studied the special characteristics of China’s urban process and rural-urban migration, including measurements, trends, the migration control system (the hukou system) and the relationships between urbanization and broader social and economic issues such as social justice, education rights, family togetherness, and the development strategy. His recent publications include Urbanization with Chinese Characteristics: The Hukou System and Migration (2018), and Children of Migrants in China (2020). He has served in as a consultant for the United Nations Population Division, World Bank, and McKinsey & Co. on a number of research and policy projects on China. He is active in public scholarship: his commentaries and interviews have appeared in major international and national media outlets, including The Wall Street Journal, The New York Times, The Guardian, BBC, China Radio International, CBC Radio, The China Daily, and the Caixin Media.