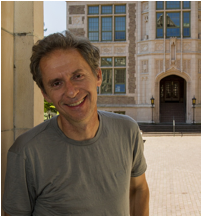 Mark Ellis’s research interests include gender, race and employment, immigration, and residential segregation. His work over the past decade has been devoted to answering two broad but related questions about the geographies of racial and ethnic groups in the US: How and why does immigrant settlement geography change? And how can we understand the dynamics of change in race and ethnic geographies in US cities? In the last decade he has published on these topics in Annals of the Association of American Geographers, Ethnic and Racial Studies, Progress in Human Geography, Economic Geography, International Migration Review, Journal of Ethnic and Migration Studies, and Proceedings of the National Academy of Sciences. He has two specific projects underway at the moment. The first examines how immigrant settlement geography within the US is responding to the current economic crisis. This is an NSF funded project which started in the summer of 2010 and is run with his long-term collaborator, Richard Wright of Dartmouth College. The second project, run with Steven Holloway of the University of Georgia and Richard Wright of Dartmouth College, examines the ways in which neighborhood geographies of race and ethnicity change in US cities, paying particular attention to the locations of mixed-race households within this residential fabric of race. Funding from NSF and the Russell Sage Foundation over the last ten years has allowed Ellis to access restricted-use census data to map the locations of mixed-race households, model the determinants of their residential location, and to assess their residential segregation. To locate mixed-race households in residential space Ellis and his team developed a neighborhood categorization scheme that defines neighborhoods by their level of diversity (low, medium and high) and group dominance (e.g. white, black, Asian, Latino, American Indian). The research group has implemented this scheme for 1990, 2000, and 2010 census data. The statistical mechanics of this categorization scheme and its visual implementation for the 50 largest metropolitan areas and, eventually, all states is accessible on the interactive website http://mixedmetro.com.