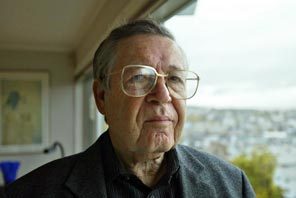 K. Warner Schaie’s research over the past half century has been devoted to studying cognitive development over the adult lifespan, specifically the developmental concomitants of behavioral rigidity. In this context, he has developed methodologies to differentiate between individuals’ age differences (cohort effects) from within individuals’ (maturational) age changes. He has also investigated the developmental influences, as well as the biological and environmental influences that affect adult intelligence. Much of this work has been done in the context of the Seattle Longitudinal Study {SLS) which has studied the cognitive aging of over 5000 individuals since 1956. With his co-investigator Dr. Sherry Williis, Schaie has also investigated cognitive intervention to slowing behavioral aging and most recently has used neuroi-maging approaches to study brain-behavior interrelationships. Schaie has extended his study into the investigation of inter-generational differences and trajectories in adult cognition, by studying children, grandchildren and siblings of the original SLS participants. In addition to over 300 papers and/or book chapters in the scientific he has also published several scientific monographs on the findings of his studies. The second revised edition of Developmental Influences: The Seattle Longitudinal Study is now in press to be published by Oxford University Press in 2012. The Seattle Longitudinal Study maintains a website with a public access data set and study publications in pdf at www.uwpsychiatry.org.