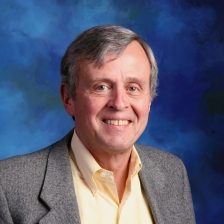 William Zumeta holds a joint appointment as professor in the College of Education. He served as associate dean of the Evans School from 2001-05 and acting dean from March-August, 1988. He has been faculty coordinator for the Ph.D. in Public Policy and Management program since 2008. He is also co-director of the Collaborative Researchers in Education Sciences Training (CREST) program, an interdepartmental Ph.D. training program supported by the U.S. Department of Education. He was the recipient of the Graduate Dean’s Award in 2010-11 for service to graduate education at the University of Washington.

Professor Zumeta’s research has been supported by a wide range of government agencies, foundations, and national groups. He previously taught at the University of British Columbia, University of California, Los Angeles, and the Claremont Graduate University, and worked for the City Council of Philadelphia and the California State Department of Finance.

Zumeta holds a Ph.D. in Public Policy and a MPP from the Goldman School of Public Policy at the University of California, Berkeley, as well as a BA in Political Science from Haverford College.