Jacob Vigdor Comments on Immigration for The New York Times 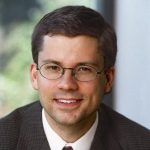 In an October 14, 2019 article in the New York Times’s Upshot, CSDE Affiliate and Professor of Public Policy Jacob Vigdor is quoted regarding the linkage between immigration and urban economic vitality and revitalization.  While the current administration’s policy approach gives both topics distinctly separate and high priority, the New York Times essay argues that the issues are inevitably interrelated and so are the political solutions. The article quotes Vigdor, writing “there’s a symbiotic relationship that immigrants need cities in order to acclimate to a new society, and cities need new immigrants”.  The article draws upon Vigdor’s research published in 2017 in the Cato Journal. “Immigration, Housing Markets, and Community Vitality” in which he finds that immigrants spur population growth in cities where a population has been declining.