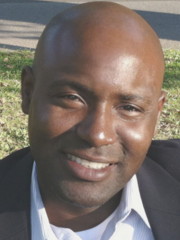 Lessons from a Century of Black Migration

Tod G. Hamilton is an Associate Professor in the Department of Sociology and a Faculty Associate of the Office of Population Research. His research interests are in the field of demography, with an emphasis on immigration and health. His current research evaluates the relative importance of culture and selective migration in explaining differential patterns of stratification between U.S.-born and foreign-born individuals in the United States. Hamilton also explores the degree of health selection among contemporary immigrants to the United States as well as the role that social, economic, and health conditions in immigrants’ countries of origin play in explaining variation in their post-migration health in the United States.