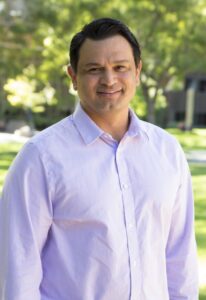 Immigrant Earnings Assimilation in the Age of Modern Mass Migration

We characterize immigrant earnings growth from 1981 to 2017 leveraging unique administrative records that track immigrants from their time of arrival and allow us to study return migrants. We document several new facts. First, roughly one-fifth to one-third of immigrants return migrate from the U.S. within 10 years after arrival. Second, return migrants have similar entry earnings as permanent migrants but experience slower rates of earnings growth. For this reason, panel and repeated cross-section estimates of immigrant earnings growth are similar, unlike in prior work. Third, earnings assimilation occurs relatively quickly for cohorts arriving since the mid-1990s: the earnings of permanent immigrants consistently converge, or come close to converging, with the earnings of natives within 10 years after arrival. Migrants from earlier arrival cohorts experience significant earnings growth but have lower initial earnings, thereby failing to reach convergence.

This talk is based on a paper by: Randall Akee, Jimmy Chin and Daniel Crown

Randall Akee is an associate professor in the Department of Public Policy and American Indian Studies at UCLA. Previously, he served as a David M. Rubenstein Fellow in Economic Studies at the Brookings Institution. Dr. Akee completed his doctorate at Harvard University in June 2006. Dr. Akee is an applied microeconomist and has worked in the areas of Labor Economics, Economic Development and Migration. He has conducted research on the determinants of migration and human trafficking, the effect of changes in household income on educational attainment and obesity, the effect of political institutions on economic development and the role of property institutions on investment decisions.  He has conducted research on several American Indian reservations, Canadian First Nations, and Pacific Island nations in addition to working in various Native Hawaiian communities. Previously, he served on the National Advisory Council on Race, Ethnic, and Other Populations at the US Census Bureau. He is also a Research Associate at the National Bureau of Economic Research.