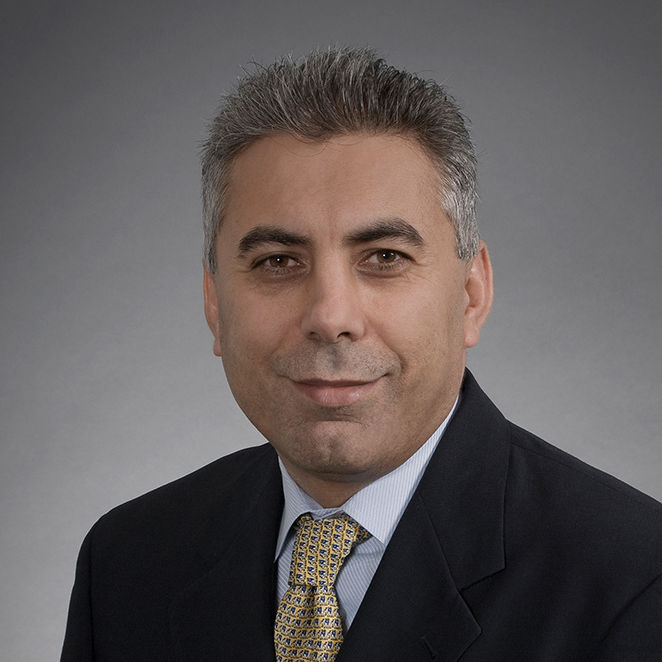 Ali H. Mokdad, PhD, is a Professor of Health Metrics Sciences at the Institute for Health Metrics and Evaluation (IHME) and Chief Strategy Officer for Population Health at the University of Washington. The Population Health Initiative was launched by President Ana Mari Cauce to create a shared vision for improving the health and well-being of populations locally and around the world.

As a public health researcher, Dr. Mokdad has published groundbreaking work on local-level disease trends and some of the leading risk factors for poor health. His work on obesity is among the most highly cited in the field.

As Director of Middle Eastern Initiatives for IHME, Dr. Mokdad builds IHME’s presence in the Middle East through new research projects, dissemination and uptake of IHME’s methods and results, and consultations with regional leaders in population health.

Prior to joining IHME, Dr. Mokdad worked at the US Centers for Disease Control and Prevention (CDC), starting his career there in 1990. He served in numerous positions with the International Health Program; the Division of Nutrition and Physical Activity; the National Immunization Program; and the National Center for Chronic Disease Prevention and Health Promotion, where he was Chief of the Behavioral Surveillance Branch.

He also managed and directed the Behavioral Risk Factor Surveillance System (BRFSS), the world’s largest standardized telephone survey, which enables the CDC, state health departments, and other health and education agencies to monitor risk behaviors related to the leading causes of morbidity and mortality in the United States.

Dr. Mokdad has published more than 550 articles and numerous reports. He has received several awards, including: