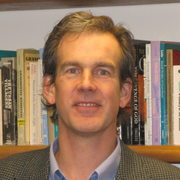 Cunningham’s research examines the long-term influences of parents on children, the consequences of divorce, the factors shaping individuals’ attitudes about family life, and the changing roles and responsibilities of women and men in families. His research linking parental characteristics to young adult outcomes including family attitudes and well-being continues to be regularly cited in the field. In addition, he has made important contributions to the literature on the work-family nexus through his longitudinal research investigating reciprocal relationships between women’s paid and unpaid work over the life course. He has also examined changing attitudes about family and gender in a European context, with a particular focus on Northern Ireland. Cunningham has recently embarked on study of intimate partner violence with Dr. Kristin Anderson and Dr. Julie Morris of Western Washington University. They are analyzing data from the recently-released National Intimate Partner Violence and Sexual Assault survey. (Note that these data are highly protected and are not housed on CSDE servers.) This research project will investigate the association between union status and experiences of intimate partner violence, and gender differences in violence exposure over the life course. Each of these projects is rooted in understanding important changes in family life in the U.S. and other countries that can be directly linked to well-being.