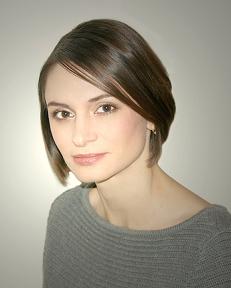 Elena Erosheva’s research focuses on the development and application of modern statistical methods to address important issues in the social sciences, broadly deﬁned. As a statistical methodologist, she works in the area of multivariate and longitudinal data analysis (e.g., mixed membership and latent variable modeling). In collaboration with students and colleagues, she has developed a number of mixed membership model extensions that received a range of applications. For example, incorporating deterministic mixture components in mixed membership models has proved to be useful for describing the structure of functional disability in the U.S. population of elderly persons, for analyzing biomedical data from diagnostic tests in the absence of gold standard, and for analyzing public policy priorities from survey data. Likewise, using National Long Term Care Survey (NLTCS) data to study disability trends in the U.S., she has developed group-based latent class transition models that account for rolling enrollment and diﬀerential drop-out, critical design features of the NLTCS. The corresponding analysis has conﬁrmed that functional disability among the elderly population in the U.S. has declined from 1984 to 1999 and also found that, contrary to the mainstream opinion, this trend has reversed itself from 1999 to 2004. As another example of her research, in collaboration with CSDE aﬃliate Ross Matsueda, she has developed a hierarchical Bayesian curve registration framework for modeling longitudinal behavioral data such as observations from various types of individual crime trajectories. She has also worked on a project that focuses on developing a framework for assessing feasibility of Respondent-Driven Sampling (RDS) in collaboration with Mark Handcock. This project develops simulation studies that can shed light on the question of whether RDS studies are warranted for a speciﬁc population.