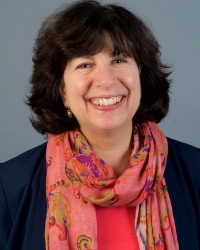 Kathie Friedman is Associate Professor at the Henry M. Jackson School of International Studies and Adjunct Associate Professor in the Department of Sociology and the Department of Gender, Women, and Sexuality Studies at the University of Washington. She is on the faculty of the Interdisciplinary Ph.D. Program in Near and Middle Eastern Studies. Friedman is former Chair of the Jewish Studies Program, and has also directed the Masters of International Studies, and the Undergraduate Honors Thesis programs in the Jackson School. Her main area of study and research has been comparative forced migrations and immigration, particularly to the United States and the EU, with a focus on ethnic and political incorporation. Publications include Memories of Migration:  Gender, Ethnicity, and Work in the Lives of Jewish and Italian Women, New York 1870-1924; Creating and Transforming Households:  the constraints of the world-economy (co-authored), “Performing Identities in the Classroom” (co-authored article); and “’On Halloween We Dressed Up Like KGB Agents’:  Re-imagining Soviet Jewish Refugee Identities in America” (chapter). Some of her research has been funded by the UW Simpson Center for the Humanities, the UW Royalty Research Fund, and the Mellon Foundation. Currently Friedman is working on two book projects tentatively titled: The Afterlife of Ethnic Cleansing: Memory, Identity, and Belonging in America’s Bosnian Refugee Diaspora; and “Learning to Participate: Pathways to Political Socialization and Civic Engagement of Second-Generation Refugee Youth.”