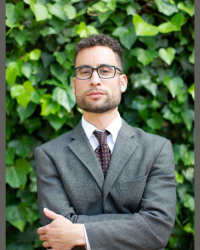 Jacob (Jake) M. Grumbach is an Assistant Professor of Political Science at the University of Washington. He received his PhD from UC Berkeley in spring of 2018 and was a Postdoctoral Fellow at the Center for the Study of Democratic Politics at Princeton.

Professor Grumbach’s research focuses broadly on the political economy of the United States. He is particularly interested in public policy, American federalism, racial capitalism, campaign finance, and statistical methods. His book project, based on his award-winning dissertation, investigates the causes and consequences of the nationalization of state politics since the 1970s. Additional recent projects investigate labor unions, election law, and race and gender in campaign finance. Professor Grumbach teaches courses in statistics for the social sciences and in state and local politics.

Outside of academia, Jake spends his time listening to 70s funk and soul music and 90s hip hop, and supporting the Golden State Warriors.