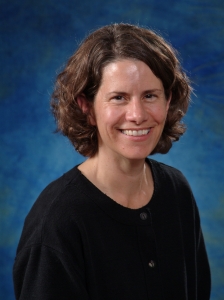 Marieka Klawitter focuses her research on how public policies affect family work and income. Her work includes studies of the effects of child support, welfare, asset-building, and anti-discrimination policies for sexual orientation.

With Anjum Hajat and Crystal Hall, Klawitter is currently assessing the relationship of financial stress to health outcomes and the impacts of workplace financial coaching.  With Leigh Anderson and Mary Kay Gugerty, Klawitter has explored multiple measures of personal values of time and how they affect the ability of low income families to save within a matched saving program.

One strand of her recent work has used models of intrahousehold behavior to examine how families make decisions about savings. Using data from a national US data set, she assessed how measures of individual power within couples affected who was named on bank accounts, how much money was held there, and how that differed by sexual orientation and marital status. Individual characteristics were a much more important determinant of money holding systems in unmarried different and same-sex couples than in married couples. With Diana Fletschner, she used similar intrahousehold models and found that low income families were more likely to have a bank account when women earned a higher proportion of the household income.

Another set of papers has looked at labor market discrimination based on sexual orientation, the adoption of state and local policies to prohibit discrimination, and the effects of those laws on earnings. In a recent multilevel analysis of state and local policies, Klawitter found some evidence of higher earnings for gay men in states with antidiscrimination policies, though the policies seemed to be most effective for white gay men and those in higher earnings brackets. Local antidiscrimination policies did not seem to affect earnings and there was no evidence of a policy impact for lesbians. In earlier work, Klawitter found that policies were most likely to be adopted in better labor markets and that adoptions by local governments affected the chances of adoption by additional local governments.  In a meta-analysis of studies of the effects of sexual orientation, Klawitter found that gay men earned about 10 percent less than similar married heterosexual men and lesbians earned about 10 percent more than married heterosexual women.