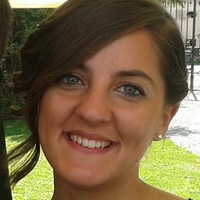 Deborah Nadal is a cultural and medical anthropologist specialized in South Asia, with extensive fieldwork experience in Jharkhand, Odisha, Rajasthan and Delhi. Combining her childhood dream of becoming a veterinarian with her academic education as a social scientist, she is currently interested in how people and animals live alongside each other. Her research spans from monkey hunting in foraging societies to dog keeping in the urban setting, with particular attention to disease sharing and transmission across species.

Currently she is working on a 3-year post-doctoral project on dog-mediated rabies in rural Gujarat and Maharashtra, India, that draws from medical anthropology, epidemiology and Indology to investigate the social, cultural and religious determinants of this complex public health issue. This project is funded by the European Commission through a Marie Sklodowska-Curie Individual Global Fellowship. Deborah is affiliated with the Center for One Health Research (University of Washington) directed by Prof. Peter Rabinowitz and with the Institute of Biodiversity, Animal Health and Comparative Medicine (College of Medical, Veterinary & Life Sciences, University of Glasgow) where she works under the mentorship of Prof. Sarah Cleaveland.

Deborah holds a Ph.D. in Cultural Anthropology from the University of Verona (Italy) (2014), a M.A. in Cultural Anthropology, Ethnology and Ethnolinguistics from Ca’ Foscari University of Venice (Italy) (2009) and a B.A. in Languages, Cultures and Institutions of Eurasian and Mediterranean Countries (Languages: Hindi and Urdu) again from Ca’ Foscari (2007).

She has recently published her first book, “Rabies in the Streets. Interspecies Camaraderie in Urban India” (Penn State University Press, 2020), funded by the Wenner-Gren Foundation, New York, which is one of the major international funding sources for anthropological research.

Among her other publications: “To kill or not to kill? Negotiating life, death, and One Health in the context of dog-mediated rabies control in colonial and independent India”, in Framing Animals as Epidemic Villains, edited by C. Lynteris, Palgrave Macmillan, London, 2019: 91-117; “Pregnant with puppies. The fear of rabies in the slums of New Delhi, India”, Medicine Anthropology Theory 5(3), 2018: 130-156; “The real life of holy cows. How photography has turned cows from sacred icons into mundane animals”, Antennae 40, 2017: 67-76; “Kamadhenu. L’aspetto più materno della Devi nell’Induismo contemporaneo” [Kamadhenu. The most maternal aspect of Devi in contemporary Hinduism], in Motherhood(s) and Polytheisms, edited by G. Pedrucci, C. Terranova and F. Pache Guignard, Patron, Bologna, 2017: 371-382; “Cows caught in the crossfire. Provisional remarks on India’s current cow slaughter debate”, Religions of South Asia 10(1), 2016: 83-106; “Housing ancestors. The reorganization of living spaces among the Birhor of Jharkhand and Odisha”, International Quarterly for Asian Studies, special issue Contemporary Indigeneity in India 46(1-2), 2015: 39-58; “Hunting monkeys and gathering identities: Exploring self-representation among the Birhor of Central-East India”, La Ricerca Folklorica 69, 2014: 263-278