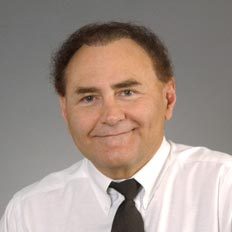 Over the last 25 years, Peter Vitaliano’s work has focused on relationships between stress and health in several risk groups (spouse caregivers of persons with Alzheimer’s disease, medical students, psychiatric/medical outpatients/inpatients, air traffic controllers, and camp counselors). He has developed and/or revised measures of medical student stress, caregiver burden, patient anger/dyscontrol, process coping, appraisal, neuropsychological function and physician awareness of patient problems. These measures have been used by university researchers, insurance companies, pharmaceutical companies in clinical trials, prisons, nursing homes/long term care, rehabilitation facilities, and public health organizations. These psychosocial and behavioral measures have been shown to predict and be predicted by physiological and cognitive measures. He has also focused on moderators of such relationships, such as gender, personality, and co-morbidities. He has used primarily multicohort long-term studies that allow for interactions between exposures to stressors, hard-wired vulnerabilities, and more temporal resources. He attempted to identify mechanisms that can be potentially altered to have long-term public health significance in persons under chronic stress. He has also attempted to isolate groups that are at high risk for negative outcomes. In a perfect world, interventions should be used to help all persons who have deleterious responses to stress, but society can not afford this. In many cases, funds allocated to prolong life in older adults or even to enhance their quality of life may take funds away from children or other groups unable to care for themselves. For this reason, the identification of high risk groups is imperative for maximizing the effect of interventions.