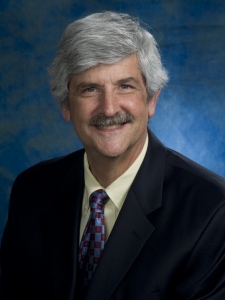 Robert Plotnick has pursued a broad line of research on issues at the intersection of family demography and U.S. poverty. One set of studies examined the determinants of non-marital childbearing and it relationship to child support enforcement, young women’s human capital, and adolescent expectations and desires about marriage and parenthood. These studies appeared in the Journal of Labor Economics, American Sociological Review, Journal of Family Issues, Journal of Human Resources, the Journal of Policy Analysis and Management, Family Planning Perspectives, the Journal of Adolescence and Journal of Marriage and the Family. His analysis of the trends and causes of poverty and the effects of antipoverty policies appeared in Oxford Handbook of the Economics of Poverty. Related earlier work appeared in Progress Against Poverty: A Review of the 1964-1974 Decade, Journal of Economic Literature, Social Service Review, Public Policy, Policy Studies Journal and The Child Welfare Challenge: Policy, Practice and Research, a textbook for courses in child welfare. His study of whether children from welfare families obtain less schooling appeared in Demography. His study (with Jennifer Romich and Matthew Dunbar) of highway tolls’ financial impact on low-income families appeared in the Journal of Urban Affairs. Plotnick was the lead editor of Old Assumptions, New Realities: Ensuring Economic Security for Working Families in the 21st Century, published by the Russell Sage Foundation in 2011. The book argues that the demographic and economic assumptions that underlay the core U.S. welfare state programs adopted 40 to 75 years ago do not mirror the current realities of the labor market, family structure, and family behavior that today’s working families face. The chapters draw on this premise to re-evaluate existing social welfare programs and consider new policies that could better promote economic security for today’s working families. His most recent research, in collaboration with members of the Seattle Minimum Wage Study, examines the effect of Seattle’s minimum wage ordinance on labor market outcomes.