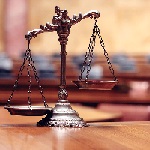 Alexes Harris, CSDE Affiliate and UW Associate Professor of Sociology, recently discussed the systemic factors at play in the case of 15-year-old Bresha Meadows, who spent 9 months in jail for involuntary manslaughter after killing her abusive father. Harris, author of A Pound of Flesh: Monetary Sanctions as Punishment for the Poor, explains that the financial costs of such an ordeal extend well beyond prison time. She traces when and why the US justice system began employing these sanctions on defendants and outlines how the practice can have unintended effects on certain demographic groups. You can read the full story below.