Alexes Harris Elected to the Washington State Academy of Sciences 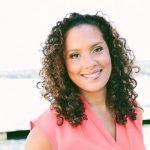 Affiliate Alexes Harris, Professor of Sociology, was one of six UW faculty members elected to the Washington State Academy of Sciences. Faculty were chosen based on their “outstanding record of scientific achievement and willingness to work on behalf of the academy in bringing the best available science to bear on issues within the state of Washington.” Harris and the other new members will be inducted into the Academy at an annual meeting in September. You can read more about the announcement below.