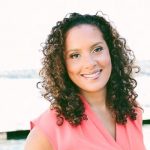 CSDE Affiliate Alexes Harris, Professor of Sociology, was quoted in KNKX’s story titled “Washington lawmakers seek smoother path to redemption for formerly incarcerated residents,” published last week. Washington State lawmakers are reassessing who can clear criminal records and when. The New Hope Act would make it easier for people to leave their past behind by cutting wait times and expanding access to the record-clearing process. Harris, who also leads the country on legal debt research says “You can’t get blood from a stone…There’s no way that someone who is unemployed or underemployed could get out from under this debt.”

Harris has found that people with legal debt across Washington are often poor, struggle to find work, and sometimes strain family relations in order to pay them. “If we don’t remove any of the fiscal barriers for people then this has no bite,” Harris said. The New Hope Act could push Washington further into the foray of re-entry reform by allowing more people to access the record-clearing process, including those convicted of violent crimes such as minor assault and robbery. More importantly, the measure would shave years off the lengthy timeline for clearing someone’s record.