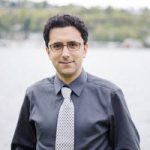 US News and Pacific Standard recently featured CSDE Affiliate and Associate Professor of Epidemiology Ali Rowhani-Rahbar‘s research on gun ownership and storage, suicide risk factors, and memory loss among older adults. The statewide survey results, published in the Annals of Internal Medicine, show that many older adults, including those who are mentally impaired, don’t lock up their guns and ammunition.

Almost 39% of the more than 4,400 seniors surveyed said they had a firearm in their home, and fewer than a third said they keep all firearms locked up and unloaded. These unsafe practices make suicide easier and endanger kids and visitors. “Findings of this study highlight the importance of addressing access to firearms among older adults, especially those who display signs of dementia or suicide risk factors,” said Rowhani-Rahbar.

“We know that the overwhelming majority of firearm deaths among older adults are suicides,” Rowhani-Rahbar said. About 1 in 5 respondents with loaded weapons not locked away had been diagnosed with depression and about 1 in 8 had experienced memory loss in the past year. Easy access to guns is a special danger to older people with impaired thinking. People suffering from dementia may use the weapon to kill themselves or to shoot others because they are confused or increasingly agitated and aggressive, authors said.

Rowhani-Rahbar’s research on violence prevention stretches beyond this topic. Last week he also published an opinion piece for The Seattle Times titled “What we know about school mass shootings since Columbine and how to prevent them,” which you can read here!