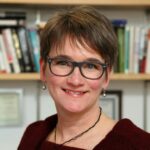 120 years ago, Rep. George Henry White’s anti-lynching bill failed to pass through Congress. Now, such legislation could soon land on the president’s desk. CSDE Affiliate Amy Bailey provides her expertise on lynching and the history of racial violence in the U.S. for a recent feature on such legislation in NPR’s All Things Considered. In the feature, Bailey explains how the U.S. has consistently underplayed racial violence in its history, even when there were close to 5,000 lynching incidents. “We still have instances…where there were people who lost their lives…based on racial dynamics and racial inequality. If we are trying to say that we are beyond this moment in our nation’s history, we’re fooling ourselves,” Bailey states.

Amy Bailey is a CSDE visiting affiliate whose research examines race and inequality. One of her areas of research focuses on historical patterns of racial violence in the American South, also known as lynching. You can read and listen to the full NPR All Things Considered feature here or by clicking the link below.