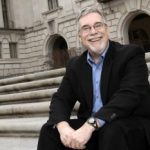 Life expectancy for non-Hispanic white (henceforth white) Americans with less than high school education has fallen in recent years—particularly for women – while life expectancy has increased substantially for the college educated population. However, the extent to which the declines/increases in life expectancy translate into healthy life expectancy remains unclear.

Mark Hayward and his team combine data from the Health and Retirement Study and U.S. Vital Statistics, using the Sullivan method, to decompose the change in total life expectancy (TLE) to healthy life expectancy (HLE) and disabled life expectancy (DLE) between 2000 and 2010, specific to gender and education groups. They measured disabled life expectancy using both severe (ADL) and less severe (IADL) disability prevalence. Consistent with previous research, they find a modest downward/stable TLE change in the US is concentrated at the bottom end of the education distribution for whites and at ages prior to age 65. Although there was little change in TLE, substantial gains in DLE and losses in HLE were observed, due to the increased rates of disability (especially ADL disability) before age 70. Among the college educated, TLE increased substantially during the decade, especially among males. HLE also increased over the decade, with much of the increase from declining mortality after age 70. Much of the improvement in HLE from mortality was offset by a rise in IADL disability.

The demographic factors influencing HLE shifted from younger ages to advanced ages with higher levels of educational attainment. The findings show that focusing exclusively on the declines in life expectancy, and external causes of death, obfuscates a more dynamic decline in health among whites with low levels of education and significant improvements in health among highly educated persons.

To schedule a meeting with Dr. Hayward, click here.