Skip to main content
CSDE has moved online. For computing help, please email csde_help@uw.edu. General questions for CSDE should be directed to csde@uw.edu. 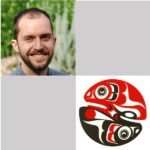 UW Sociology Graduate Student Ian Kennedy, along with co-authors, including Dr. Chris Hess (CSDE Alum), recently published an article in Social Forces examining “racialized language” in rental ads in the Seattle-Tacoma-Bellevue area. The article received significant attention in the media and a special press release from the UW, including a segment on King 5. Using a topic modeling approach, they assess patterns in ad terms and the neighborhoods the ads are tied to. They find a pattern of “racialized language” that can perpetuate neighborhood segregation, using specific terms to describe apartments in different areas of town. The project is supported by CSDE’s UW Data Collaborative and CSDE’s computing core, and employs sophisticated data science techniques for collecting and analyzing data.

Terms like “convenient” and “safe and secure” are more common in neighborhoods with a greater proportion of people of color, while “vintage” and “classic” are more popular in predominantly white neighborhoods. They conclude that words and phrases – certain terms common to some neighborhoods, and certain terms for others – can reinforce perceptions of neighborhoods, influence where people choose to live, and ultimately, create areas of the city where some racial and ethnic groups are more prevalent than others. To read the article click here.

CSDE’s research computing group supported this study through its new national rental listings data source, developed in collaboration with the National Rent project. The project pilot gathered daily rental listing data from Washington state Craigslist posts and other online data sources.  Once successful, the pilot was then scaled up to more cities and the scrapers were adapted to use low memory Kubernetes instances across 8 virtual machines. Currently, this resource scrapes about 60,000 rental data listing per day across 128 US metropolitan areas and a variety of research projects use this data.