Fertility Decline in Africa: Are the Determinants Different? 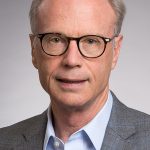 Variants of an “African exceptionalism” argument are now common in the discourse on African fertility decline.  In a recent contribution, Bongaarts (2017) presents evidence of an “Africa effect” — fertility rates on average one birth higher than in other regions conditional on conventional demographic and socioeconomic factors.  In this presentation, John investigates the empirical basis for this claim via country-level regression analysis of annual data for the period 1950 – 2015.  Two propositions are examined:  (i) Fertility declines in Africa started at lower levels of development than declines in other regions.  (ii) Fertility in Africa exceeds what is expected given values of conventional development indicators.  Both propositions are rejected.  As fertility decline unfolds in Africa, its alignment with socioeconomic development roughly conforms to the historical experience in other regions, especially Asia.