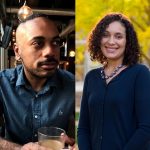 The study published in the Proceedings of the National Academy of Sciences this August finds that African American men are more than twice as likely as their white peers to die from police use of force. The study was co-authored by CSDE Affiliate Hedwig Lee, Professor of Sociology at Washington University in St. Louis, and CSDE Fellow Alumnus Michael Esposito, Postdoctoral Fellow at the University of Michigan, as well as co-author Frank Edwards, Assistant Professor of Criminal Justice at Rutgers University.

“It’s a striking number,” said Esposito. “There have been arguments about how widespread of a problem this is…This study shows us that police killings are deeply systematic, with race, gender and age patterning this excess cause of death.” He also added that, “Because a lot of our talk about this in public spaces is focused on black men, we sometimes lose sight of other groups with elevated risk…Conversations around who’s most at risk have to incorporate the diversity and intersectionality highlighted in this study.”

“I think that our results really underscore that police killings are a lot more common than we might have imagined,” commented Lee. “Our work also provides more evidence that people of color, particularly African American men and women, but also American/Indian and Alaska Native women are at risk.”

The study was featured by US News and the University of Michigan.