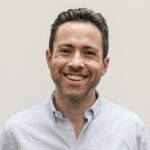 Workers from large corporations such as Instacart, Amazon, and Whole Foods are organizing strikes and protests for enhanced safety measures and sufficient pay to compensate for risky working conditions. In a recent New York Times article, CSDE Regional Affiliate Jake Rosenfeld provided expertise on the effectiveness of workers’ actions. Rosenfeld explains that organizing is generally unusual in declining economic times. Rosenfeld also suggest that he is “skeptical that these kinds of protests would achieve much without help from legislation or unions.”

The New York Times featured Rosenfeld in an additional article on organizing in which he states, “he was skeptical that workers could capitalize on the current anxiety and frustration absent favorable legislation that enables organizing, a more accommodating response from employers or more robust assistance from established institutions, like existing unions.”