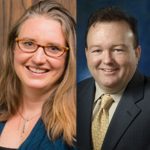 A recent Vox story on what Seattle has learned from having the highest minimum wage in the nation quoted CSDE Affiliates Jennifer Romich, Associate Professor at the School of Social Work, and Mark Long, Professor at the Evans School of Public Policy and Governance. The researchers explained findings from UW’s collaborative minimum wage studies regarding workers’ hours, take-home pay, business closures, and price of goods.

“The restaurant industry moans and groans about minimum wage increase, but the Seattle newspaper every month has a story about 40 new restaurants opening,” said Romich, remarking on business owners who threatened to leave Seattle but haven’t followed through. Romich and collaborators, many of whom are CSDE Affiliates, found the most common response to the wage increase was to raise prices or fiddle with workers’ hours.

Long explained that the initial data suggested a “tipping point” between $11 and $13 “when it becomes less tenable to keep work in the city.” A later paper broke down the actual take-home pay of workers and found that those who were already employed at the low end of the wage scale in Seattle “enjoyed significantly more rapid hourly wage growth.”