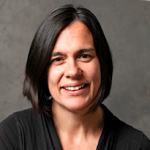 While mass shootings nab the most media coverage, nearly 2/3 of all gun deaths are suicides. That’s an alarming figure, and it’s one that many have committed to lowering. Jennifer Stuber, CSDE Affiliate and UW Associate Professor at the School of Social Work, is one working toward that goal. Her research and advocacy helped Washington legislate suicide-prevention measures that earned the approval of gun rights supporters. Slate recently discussed ways to combat gun suicides with Stuber and a host of others–check out the article below.