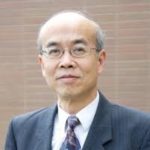 China has the world’s largest elderly population—a population concern that is now leading to critical social and economic challenges in the country. Paradoxically, China also faces a growing population of ‘left-behind’ children. In a recently published paper titled “China’s Precious Children” (published in Eurasian Geography and Economics), CSDE Affiliate and Professor of Geography Kam Wing Chan finds a growing population of left-behind rural children and urban children separated from their parents. Chan finds there are now about 88 million such children who are separated from their parents, do not receive substantial education, and are left in deprived situations—these children account for nearly 40% of all Chinese children.

Chan connects this growing population issue to “seriously misdirected policies and neglect.” He also criticizes current policy efforts to increase female fertility in China and emphasizes that alternatively, the country must shift its focus to the huge population of left-behind children to secure the country’s future laborforce. Chan concludes the paper by stating, “only when families are protected and kept intact and when children are properly taken care of will the country and the big cities have a future.”