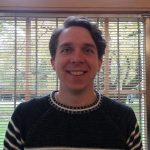 Lee Fiorio, a CSDE Funded Fellow and UW doctoral student in Geography, was recently profiled in UW Today for his work documenting the geography of race. After studying racial and ethnic data from 52 metropolitan areas across the US, Fiorio found that the effects of the 20th century’s “white flight”—the migration of whites from the city center to the suburbs—still lingers despite recent resurgences in downtown living.  Fiorio also presented this research last month at the Ninth International Conference on Population Geographies. You can read the full story below and learn more about Fiorio’s work here.