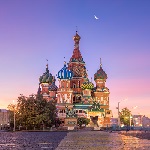 Michelle O’Brien, CSDE Funded Fellow and doctoral student in Sociology at UW, recently published a paper in Migration Studies examining ties between ethnic migration and sociopolitical pressure in Russia. O’Brien argues that push factors from anti-minority nationalist parties have encouraged greater out-migration among ethnic minorities. Her studies suggest that ethnic minorities are not inherently inclined to migrate more than majority groups–they are simply pressured into doing so by political sentiment.

You can read the full publication by logging in with your UW NetID below.