Nicole Kravitz-Wirtz and the New Face of Gun Violence Research 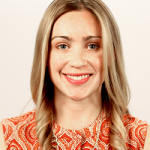 Last week, All Things Considered examined the new wave of data analysts researching gun violence, citing that many researchers entering the field grew up in an era punctuated by mass shootings. Former CSDE Trainee Nicole Kravitz-Wirtz, a Researcher in the Violence Prevention Research Program at the UC Davis School of Medicine, shared her perspective, noting: “The issue of firearm violence resonates with our generation. The Parkland students, I think, are just the most recent and vocal example of that.”

The UC Davis Firearm Violence Prevention Center exemplifies the younger face of gun violence research. Of the 22 researchers working at the center, the average age is 32. The interest in this field has grown of late, too: just three years ago, there were only four people in the program. The Center is the nation’s first state-funded gun research center. With increased funding going towards gun violence research, other states may soon follow suit.