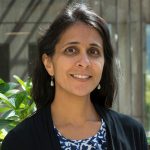 Last week, NPR featured a Proceedings of the National Academy of Science study revealing that air pollution is disproportionately caused by white Americans’ consumption of goods and services, but disproportionately inhaled by black and Hispanic Americans. The study first authored by Christopher Tessum, a UW postdoctoral researcher. NPR quoted CSDE Affiliate Anjum Hajat, Assistant Professor of Epidemiology, who says “This paper is exciting and really quite novel…Inequity in exposure to air pollution is well documented, but this study brings in the consumption angle.” According to Hajat, the study reveals an inherent unfairness: “If you’re contributing less to the problem, why do you have to suffer more from it?”

Authors found that black and Hispanic Americans bear a “pollution burden”, with populations on average exposed to 56 and 63% respectively more PM2.5 than they produce. Non-Hispanic white people, on the other hand, experience around 17% less air pollution exposure than results from their resource consumption. These disparities appear to be driven by societal trends ranging from income inequality to the division of neighborhoods that house different ethnic groups in US cities. While similar studies in the UK and the US have revealed the unequal burden of pollution on minority groups, this is the first to contrast that against the volume of pollutants emitted by those groups.

This research was also featured in The Independent, Health Day, Reuters, The Washington Post, VOA News,