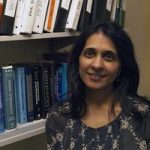 From payday loans to pawn shops: predatory lending, the unbanked, and poor health

The alternative financial services (AFS) industry, such as short-term predatory lenders and check cashers, generates revenue of $75 billion annually. Growth in the industry accelerated in the 1980s due to deregulation and increased need for credit among the poor and working class suffering from stagnant wages and social service cuts. In particular, AFS businesses exploit the financial marginalization of African Americans and immigrants, groups harmed by discriminatory policies and institutions that have hindered their ability to accumulate wealth and participate in mainstream financial programs. Unregulated short-term predatory loans carry annual interest rates of 300-400%. Users primarily borrow to cover basic living expenses and compensate for lost income. Those without access to a bank account, the unbanked, are especially likely to use AFS; by one estimate, a typical unbanked household earning $25,000 spends $2,400 on AFS annually. In addition to the high monetary costs of poverty, those who are unbanked must spend large amounts of time travelling and waiting to pay bills in person. Though many studies have assessed the relationship been financial instability, specifically wealth and debt, and health, few have focused on AFS use and the unbanked. We hypothesize that AFS use and being unbanked results in poor health because of increased stress and material deprivation. Our study investigated the relationship between predatory loan use, unbanked status, and self-rated health using data from the Current Population Surveys from 2011-2016. In this talk, I discuss the results of our analysis and explore their policy implications for financial regulations and social welfare programs.

Dr. Hajat is currently an Assistant Professor in the Epidemiology Department at the University of Washington’s School of Public Health and a CSDE Affiliate. She received her PhD in Epidemiology from the University of North Carolina, Chapel Hill and her MPH in Epidemiology and International Health from the University of Michigan. Dr. Hajat’s current NIH funded research explores the joint effects of psychosocial stress and environmental exposures as they impact cardiovascular disease. In addition, much of her research to date has explored the role of stress, including financial instability, in causing poor mental and physical health.