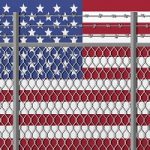 Affiliate René Flores, Assistant Professor of Sociology, was quoted in a recent KMALAND article regarding his study “Do Anti-Immigrant Laws Shape Public Sentiment? A Study of Arizona’s SB 1070 Using Twitter Data,” published in the American Journal of Sociology in September. In the study, Flores finds that anti-immigrant sentiments in Arizona increased once the bill was passed, demonstrating how policies can affect public behaviors. In the article, he explains, “Some people, especially those who are more critical of immigrants, began tweeting more. They became energized, they became activated and this was what caused the change in the distribution of sentiment after (the) law was passed. So, it’s really in agreement with my own prior research that showed this activation effect.” The full article is available below.