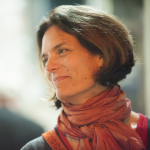 CSDE Director Sara Curran was quoted in a New York Times story on Jorge Garcia, the Michigan resident and father of two who was deported to Mexico last week after almost three decades in the U.S. Garcia, who came to the country illegally when he was just 10 years old, has been trying to obtain a green card since 2005, confronting numerous difficulties along the way. “The interviews and processing of green cards is extraordinarily slow and challenging,” said Curran, also a Professor at the Jackson School of International Studies. “Not only could you put yourself at risk, but if you don’t have a good enough attorney, then it’s pretty hard to get through the system without being caught up by a technicality.” As Curran goes on to discuss, the Deferred Action for Childhood Arrivals program (DACA), which President Obama created at the end of his first term, does not protect individuals like Garcia—who are above its age limit—from deportation. The full article is accessible below.