Scott Allard Addresses Myth About Poverty in Cities and Suburbs 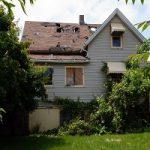 Affiliate Scott Allard was quoted in a recent Chicago Tribune article that addresses myths about housing-related issues, including gentrification, low-income housing, and poverty. In response to the misconception that poverty is greater in cities than it is in suburbs, Allard—Professor at the Evans School of Public Policy and Governance—contends that poverty has in fact been shifting to the latter. “The number of poor persons in suburban Chicago eclipsed the number in the City of Chicago in the last decade, and there are no signs of this trend reversing anytime soon. Seven of every ten suburban municipalities outside Chicago saw the number of poor residents at least double from 1990 to 2014,” he said. Allard addresses the issue of rising suburban poverty in greater detail in his book, Places in Need: The Changing Geography of Poverty, published in June. The full article is available below.