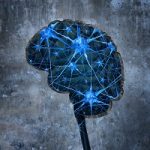 Affiliate Stephen Hawes, Associate Professor of Epidemiology, and colleagues published an article in Neurology that examines whether cognitive decline in domains associated with Alzheimer-related changes in the nervous system are associated with other neuropathologies, including Lewy body disease or vascular brain injury. The authors find that study participants with Alzheimer disease neuropathic change plus Lewy body disease had poorer cognitive trajectories—particularly relating to attention and executive function—than those with Alzheimer disease neuropathic change plus vascular brain injury or other pathology groupings. The authors note, however, that the effects of particular co-occurring pathologies on cognitive outcomes could depend on the level of Alzheimer disease neuropathic change. The full article is accessible below.