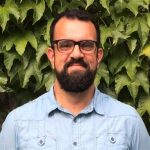 The UW and UC Berkeley’s Evictions Study, a project supported by CSDE, has made great strides in finding empirical data on the effects of evictions. Last week, the study’s principal investigator and CSDE Affiliate Tim Thomas released an interactive map designed by Alex Ramiller that visually demonstrates how communities of color are disproportionately facing the highest relative risk of eviction rates across Washington State. In the map, Thomas and his collaborators show that as King County evictions concentrate in southern suburbs, Snohomish and Pierce Counties have concentrations in the urban cores and nearby outskirts of Everett and formerly redlined areas of Tacoma—these are also the most racially diverse neighborhoods in each of these counties. The team also finds that the greatest risk of eviction occurs in more rural Washington counties rather than the more urban King County.

Thomas and his team state that the “goal in releasing these maps and reports is to follow in the footsteps of other collective and scholarly researchers and reveal previously unknown patterns of eviction while inspiring more research and discussion on the links of neighborhood change and housing precarity in the United States.”

Users of the map are able to select a specific race and geographic scale to see for themselves how data such as eviction filing counts, rates, and relative risk are disproportionately higher for communities of color, especially Black communities. Click here to take a look at the map and the link below for more information.

Their research was featured recently on KING 5.