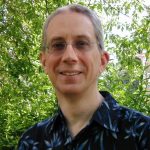 Stewart Tolnay, CSDE Affiliate and S. Frank Miyamoto Professor Emeritus of Sociology recently published Less Than Righteous (Independent). Tolnay is a longstanding expert in historical demography, and a leading authority on The Great Migration, and lynching. His research has sought to document these racialized elements of the nation’s history and explain large-scale demographic trends and how they have influenced Black American populations throughout the 20th and 21st centuries.

He has been studying the demographic patterns and history of Black Americans since he was a graduate student at the University of Washington, where he received his BA, MA and PhD, but his interest in the rural South and lynching was ignited when he left Seattle for his first position as an Assistant Professor at the University of Georgia in Athens. In the preface of his 1999 scholarly book, The Bottom Rung, which examined the demographic and economic plight of Black Southern farm families during the time of the Great Migration, Tolnay wrote that the study resulted from the intersection of his professional training and personal experiences. The same is true for his debut novel, Less Than Righteous,  which is the culmination of 40 years of this scholarly work and professional and personal interests in the lived experiences of Black Americans in the context of mid-20th century racism in the South and North, dislocation and demographic and economic change. By exploring the meaning of these conditions for individuals and their personal emotional experiences through multidimensional fictional characters, the novel illuminates American history, especially race relations in multiple contexts, and the capacity of humans to survive and navigate harsh and threatening circumstances.

The novel interweaves the life stories of a father, his son and other family members, at similar stages of life, moving between life in rural Georgia in the 1940’s, and life in Everett, WA through the 1960’s, during the time when Tolnay grew up in Everett. He discusses the book, and a broad range of issues relating to race relations, and racial violence in the past and today on the Sno-Isle Libraries Check It Out podcast (August 26, 2020).  In the podcast, he explains that research leaves out the personal emotional experiences behind the patterns and trends uncovered from large data sources. Writing the novel allowed him “to take those conclusions that I had drawn from my nonfiction writing and research and bring it down to a personal level, to try to highlight it in a way that is really more accessible to most readers …”.

Less Than Righteous,  can be purchased through this link: