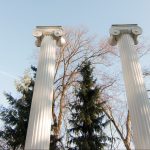 According to rankings recently released by the Consortium of Social Science Associations, the University of Washington—which in FY 2016 had over $38.6 million in social science funding—is number five on the list of academic institutions for Federal Social and Behavioral Science R&D. This marks an improvement from UW’s previous seventh place ranking, and this year, it is the only west coast institution in the top five. The rankings are based on a combination of federal research and development expenditures for disciplines including communications, law, psychology, the social sciences, and social work. As a population science center, CSDE both contributes to and benefits from UW’s ability to garner funding for social science research. You can read more about the rankings at the link below.