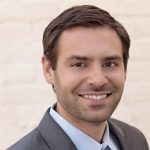 CSDE Affiliate Zack Almquist, along with coauthors at the UW and UC Irvine, recently published an article in PNAS examining the impact of an uneven population distribution on the spread of the COVID-19 disease spread in Seattle and 18 other major US cities. The article received significant attention in the media and a special press release from the UW. Using U.S. Census Bureau tract demographics, simulation techniques and COVID-19 case data from spring 2020, the authors estimate a range of days for the virus to spread within a given city. They find that some neighborhoods peak sooner than others, and in every city, the virus lingers in places far longer than some might expect. In Seattle, denser neighborhoods such as Capitol Hill or the University District, reach peak infection rate earlier. But simulations predict that even nearby neighborhoods won’t reach peak infection until weeks or even years later. These models predict more of a “burst-like” behavior of the virus’ spread than standard models — with short, sudden episodes of infection across the city.

Projecting the path of the virus can help estimate the impact on local hospitals. Without outside intervention, some hospitals would remain at capacity for years, especially those farthest from major population centers. These projections, as well as others, are beginning to suggest that it could take years for the spread of COVID-19 to reach saturation in the population, and even if it does so it is likely to become endemic without a vaccine. Gauging how the virus might spread throughout a city and strain its hospitals can help local officials and health care providers plan for many scenarios.