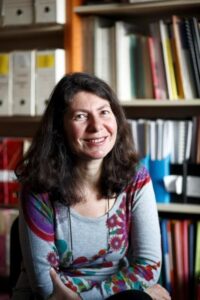 Deprivation and Mortality in the United States, 1999-2018

To monitor trends in socioeconomic inequalities in survival in the United States, we grouped all US counties in ten categories based on a single multidimensional deprivation index and constructed detailed lifetable series for each group of counties. The deprivation index was built from area-level information on education, income, unemployment, occupation, poverty and housing quality extracted from the 1990 and 2000 census and from all 5-year American Community Survey datasets (2005-2009 through 2014-2018). The lifetables were calculated from the detailed mortality files available from the National Center for Health Statistics. The study showed a clear and increasing gradient of mortality across the socioeconomic deciles; disparities particularly pronounced among young adults; and slower progress in survival compared to other high-income democracies for all but the most affluent in the US.

Magali Barbieri received her PhD in Demography at the University of California, Berkeley, in 1990. She currently holds a joint research position at the French Institute for Demographic Studies (INED) in Paris, France and in the Department of Demography at the University of California, Berkeley. At Berkeley, she leads the Human Mortality Database (HMD, www.mortality.org) project and she is working on developing an HMD-like database for all U.S. states and counties, the United States Mortality DataBase (usa.mortality.org). Magali has maintained an active research career, publishing articles in top demography and other internationally ranked journals. Her main areas of interest are geographic and international differences in mortality in high-income countries in general and in the United States and France in particular, with a special focus on medical causes of death.