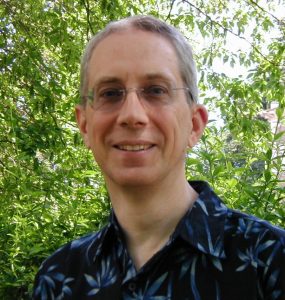 Symposium in Honor of Stewart Tolnay

Please RSVP for the Symposium by emailing the Department of Sociology

2:45 Tolnay’s Transformation of the Study of Lynching

Stewart Tolnay’s research during the past decade has focused on two broad topics: (1) the Great Migration of southerners to the North and West and (2) the history of racial violence in the southern U.S.

His work on the Great Migration was supported by grants from NICHD and NSF and has been published in highly regarded journals such as the American Sociological Review, Social Forces, Demography, Social Science Research, and Social Science Quarterly, as well as in his book The Bottom Rung: African American Family Life on Southern Farms (University of Illinois Press, 1999) which received the Otis Dudley Duncan Book Award from the Population Section of the American Sociological Association. Tolnay’s research on the Great Migration led to important new findings, some of which contradicted conventional wisdom regarding the phenomenon. For example, he showed that the children of African American southern migrants in the non-South were actually more likely to reside with two parents than were northern-born children. In a recent paper that was published in the American Sociological Review (Feb. 2011), Tolnay, along with co-authors Suzanne C. Eichenlaub and J. Trent Alexander, showed that, in the short-run, the economic standing of southern-born migrants in the non-South actually trailed that of comparable non-migrants and intra-regional migrants in the South.

Tolnay’s second area of recent research involved the creation of a new database to study the history of southern lynching between 1882 and 1930. With support from the National Science Foundation, Tolnay’s project successfully linked roughly 1,000 lynch victims (approximately 45% of all named victims) to their records in the original enumerators’ manuscripts from the census that immediately preceded their deaths. A recent article in the American Sociological Review (June 2011) by Tolnay and his colleagues (Amy Kate Bailey, E.M. Beck, and Jennifer Laird) used the new database to provide the first ever sociodemographic profile for a large cross-section of lynch victims and also compared their characteristics to those of non-victims from the same counties.

Can’t make it to the Symposium?
Share a video message with Stew

Celebrate Stew’s career:
Make a contribution in his honor