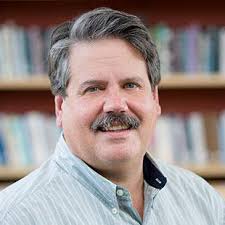 Recent studies have reported a reversal of an earlier trend in income segregation in metropolitan regions, from a decline in the 1990s to an increase in the 2000-2010 decade.  This finding reinforces concerns about the growing overall income inequality in the U.S. since the 1970s.  Yet the evidence may be systematically biased to show an upward trend because the effective sample for the American Community Survey (ACS) is much smaller than it was for Census 2000, to which it is being compared.  There is a possibility that the apparent changes in disparities across census tracts result partly from a higher level of sampling variation and bias due to the smaller sample.  This study uses 100% microdata from the 1940 census to simulate the impact of different sampling rates on estimates of several measures of segregation and to propose and test the effectiveness of approaches to correcting the bias.  It then applies those approaches to publicly available data for 2000 and 2007-2011.  The reduction in sample sizes associated with the ACS results in exaggeration of evidence for increasing income segregation for all measures tested here, especially for subgroups (African Americans are studied here as an example).  The methods of correction applied here will yield more conclusive and unbiased results when applied to the original sample data that is held internally by the Census Bureau.

Andrew Foster is an empirical microeconomist working in the areas of population, development, and environmental economics. He has particular interest in sources of long economic and social mobility in low income rural areas.

In Bangladesh, Foster has been working with collaborators from the University of Colorado and the International Centre for Diarrhoeal Disease Research to collect the most recent round of a 40-year panel data set. His recent work has focused on the implications of household dissolution and recombination for evaluating long-term effects of access to health and family planning services.

In India, along with collaborators from Yale University and the Institute for Rural Management in Anand, Foster is examining barriers to long-term growth and labor force transition in rural India. He also has worked on the consequences of voluntary environmental certification in Mexico and on nursing home segregation in the U.S.