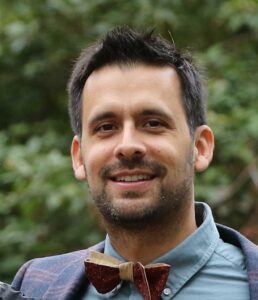 Inequality, Immigration, & Ethnoracial Stratification in the US

This paper analyzes the relationship between inequality, international migration, and ethnoracialization in the United States, from 1970-2010. Informed by current scholarship and based on pooled U.S. Decennial Census and ACS data, this study uses extensive empirical analysis to explore the historical trends of disparate socioeconomic outcomes between and within immigrant groups vis-à-vis U.S.-born, non-Hispanic whites. It departs from previous studies that conceive of national immigrant groups as racially homogeneous; assume that human capital is the best predictor of immigrants’ incorporation in the host society; and only consider inequality between groups neglecting to examine the significance of within group inequality. Through the use of Average Marginal Effects of two-way interacted OLS models the study finds that race effects vary across ethnonational groups, so ethnoracialization seems to be a better analytical concept to explain the dynamics of racialized inclusion and exclusion determining patterned and secular socioeconomic inequalities between and within groups. Results challenge established notions of human capital as the most effective equalizer, as average gains from education, language proficiency, and naturalization are distributed unequally across ethnoracially-bounded groups. While non-white Asian and most white European immigrants exhibit the highest status and income, Latin-American-origin groups (US- and foreign born), regardless of their race, are significantly more likely to earn less and have a lower socioeconomic status than any other ethnic groups, ceteris paribus.

Carlos Becerra holds an M.S. in Community Development and a PhD in Geography from UC Davis. His research focuses on the intersection between immigration, socioeconomic inequality, and ethnoracialization in the US. His latest work explores the impact of racial and ethnic discrimination on the socioeconomic outcomes of highly skilled immigrants. Carlos serves as the administrator of the US Census’ Northwest Federal Statistical Research Data Center (NWFSRDC), a computer lab in UW’s campus hosted by the CSDE to provide access to restricted demographic, economic, health, and criminal data to researchers in the Pacific Northwest. Carlos is passionate about knowledge dissemination and sharing the Census’ core organizational belief that data-driven decision making is a key component for positive social change to occur.