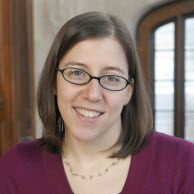 When Sex and Gender Collide: The TransYouth Project

Announced on our day of birth or even months before, sex (and gender) begin to serve as a central social category, defining our lives in a plethora of ways. While the study of how we come to understand our own gender and the influence gender has on our lives has been central to the study of human psychology for decades, nearly all research to date has focused on people who experience “typical” gender identity (gender identity that aligns with one’s sex). In this talk, I will discuss our recent work exploring gender development and mental health in an increasingly visible group of children—transgender youth—for whom gender and sex diverge. I will discuss how our findings are changing existing understanding of gender as well as some of the broader implications outside the walls of the academy.

Kristina Olson is an associate professor of psychology at the University of Washington and the director of the Social Cognitive Development Lab. She received her B.A. in psychology and African and African-American Studies from Washington University in 2003 and her Ph.D. from Harvard University in 2008 before joining the faculty of Yale University. She moved to UW in 2013 where she studies early childhood social cognitive development and directs the TransYouth Project.